We support you in your sustainability: 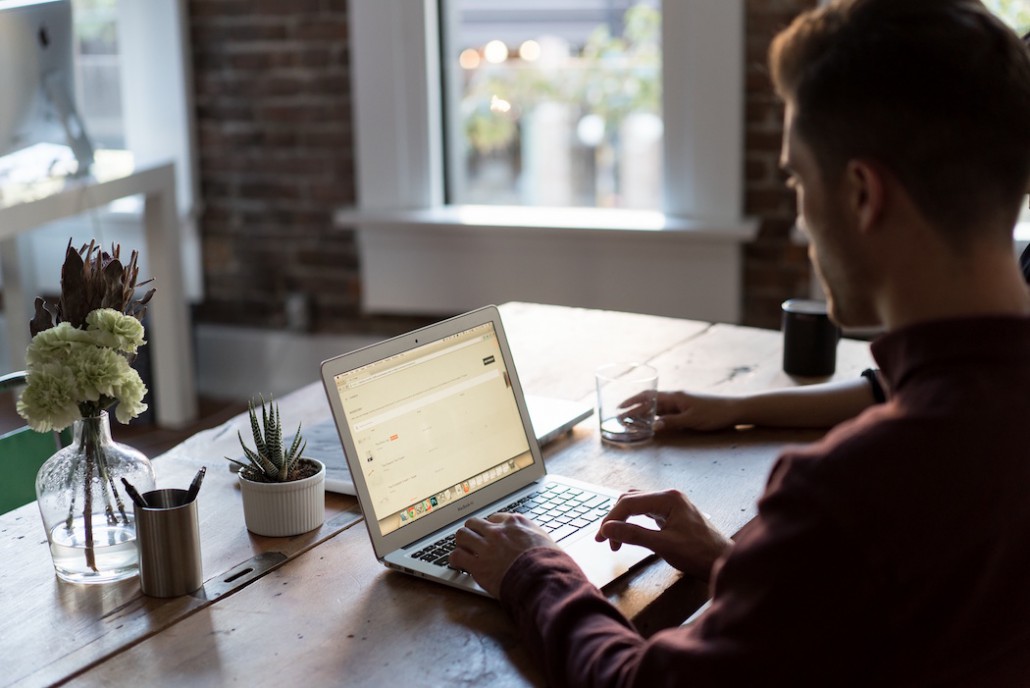 Do you want to increase productivity in communication?

At a client with well over 5000 employees, external and internal communication was often very unspecific and misdirected.

Based on the results, we developed an adaptive steering and control system in order to direct specified requests to the right addressees in an increasingly transparent manner. 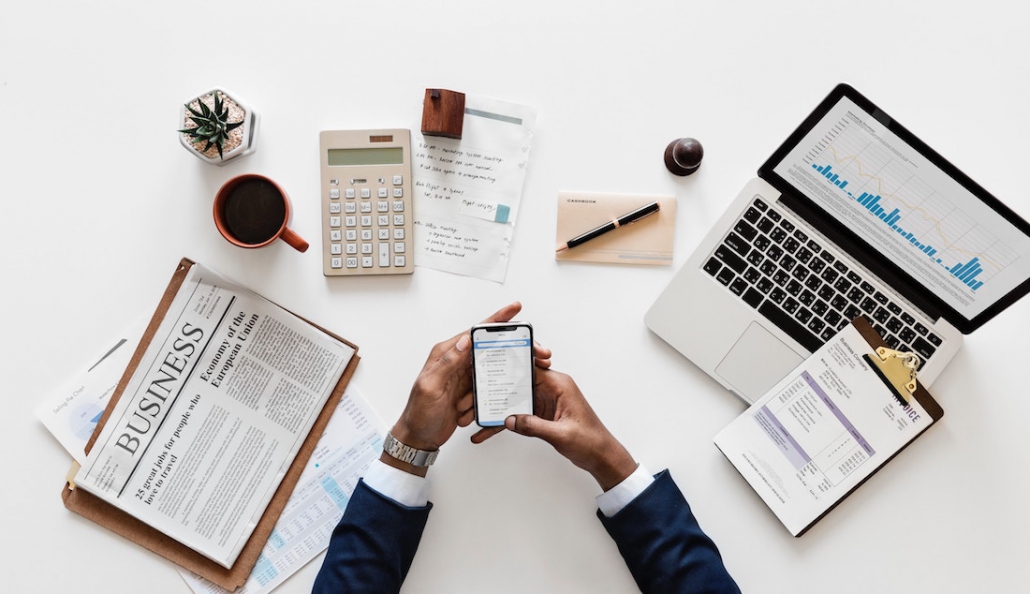 Have you ever had problems in recuiting?

A client from the financial sector had massive problems in recruiting new staff. There were various reasons for this, such as the image of the industry and working hours.

In a very short time, we delivered a coherent concept that helped the customer to find suitable applicants and more new hires. And, of course, with the client's existing resources. 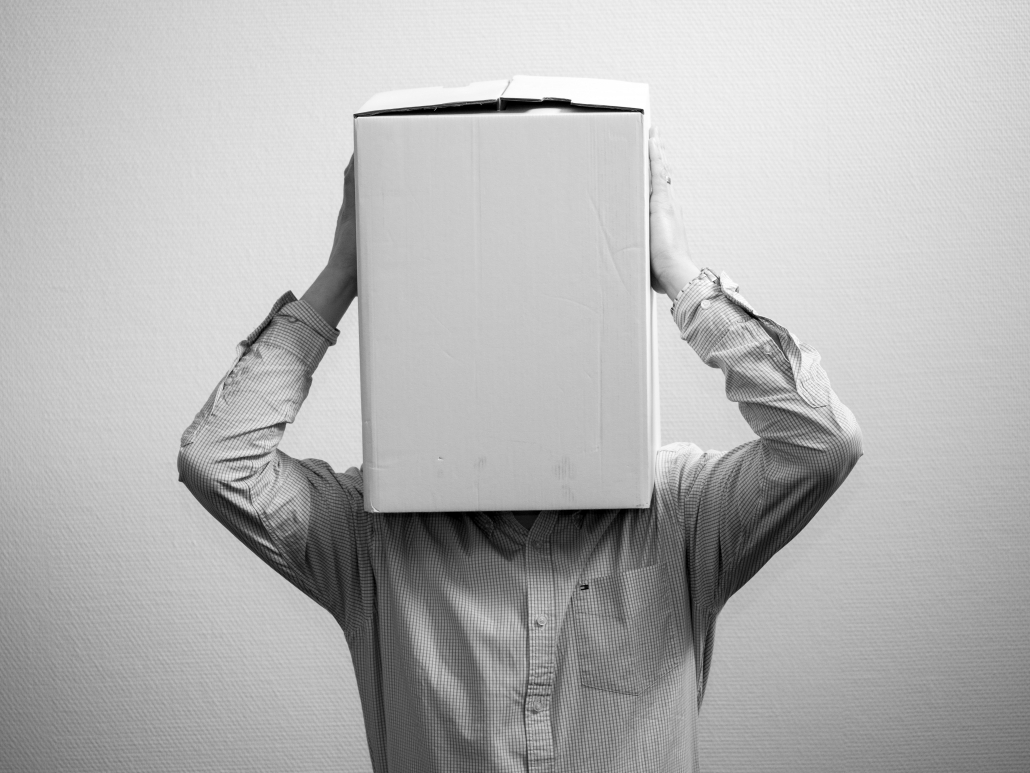 Have you ever looked at internal problems from the outside?

For example, one financial firm's problem was that its customers were not paying attention to their correspondences - even though the ongoing disregard was accompanied by ever-increasing costs to you.

We showed that the "text deserts" of the company with their "technical jargon" did not open up to the customer. A communications designer was brought in to graphically illustrate the ever-increasing costs - with continued non-response to the cover letters - using a cost curve. 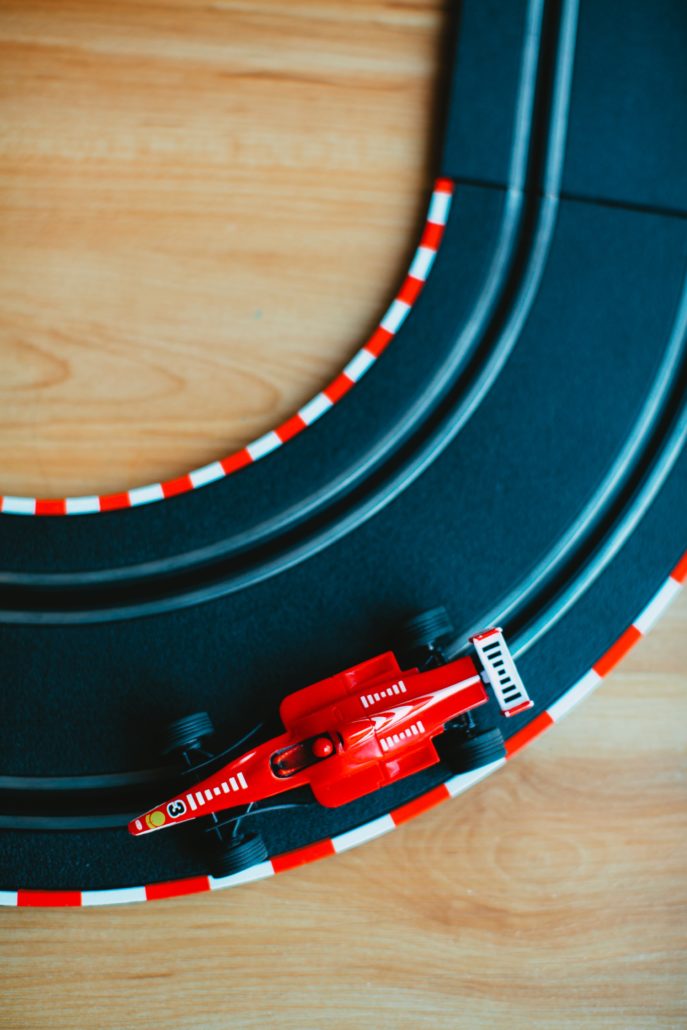 Have technical problems ever slowed down your development?

We showed that a vibration caused the adhesive used to break off - and this was due to a transversely acting tensile force.

More and more innovative customers use our services:

The NEURONprocessing Process in 3 steps & about 5 days:

Make an appointment for a turnkey ideation
Calendly

Assign an approach or expanding information for your project:

As a starting point for your idea development, problem solving or concept development assignment, we use our standardized templates for idea development and ideation. These are specific questions that are relevant for the respective project. Select the appropriate template for your project and describe its initial situation and objectives. All information will be treated confidentially: NDA , privacy, etc..
Step 1

Our certified idea developers, work out the required result in about 5 days confidentially (NDA) with our neuroactive software. The NEURONprocessor enables the optimal mental state for idea development and ideation.
Step 2

The result will be made available to you confidentially on our Ideas & Ideation platform in common data formats:
Step 3

Our results lead in application:

Our ideation is smart for the following reasons:

Order Ideation as a Service
Store

We built our neuroactive ideas & ideation platform to help people and organizations become future-ready. Be one of the innovative pioneers.

Examples for our ideation in problem solving

Our ideation is fast, cost-effective, immediately applicable, delivered in an optimal mental state for idea development, and has a scientific foundation. Successful customer projects prove this:

At a customer with well over 5000 employees, external and internal communication was often very unspecific and misdirected. In other words, the wrong addressee received the wrong message. This led to frustration and demotivation of all those involved, as well as the half-hearted completion of the respective tasks.

Based on the results, we developed an adaptive steering and control system in order to direct specified requests to the right addressees in an increasingly transparent manner.

A client from the financial sector had massive problems in recruiting new staff. There were various reasons for this, such as the image of the industry, working hours and much more.

In a very short time, we delivered a coherent concept that helped the client to attract more applicants and more new hires. And, of course, with the client's existing resources.

StartUps & companies we have already helped in their respective stage of development:

The preceding internal trend research (STEP analysis) was enriched many times over. And based on the resources and potentials of the company.

"We were surprised at how many novel and concrete product ideas were included in the data."

Development of a pricing strategy:

This was validated and adopted as part of a small customer survey.

"We did not find a satisfactory approach to a pricing strategy. The approach delivered was so coherent in itself that we were able to adapt it directly in combination with a small, pinpoint customer survey."

The solution was validated and adopted into the product.

"We had already come up with a similar solution internally, but it was missing one component - and that was exactly what was part of the data supplied, which we even got in a rush job over the weekend."

Preparation for the investor meeting with Funke Mediengruppe:

The platform was integrated into the company's own existing "Reviersport" service and other platforms.

"We have always taken the approach of selling the platform. For whatever reason, we have never considered cooperation as a more coherent strategy - even if this seems logical in retrospect. 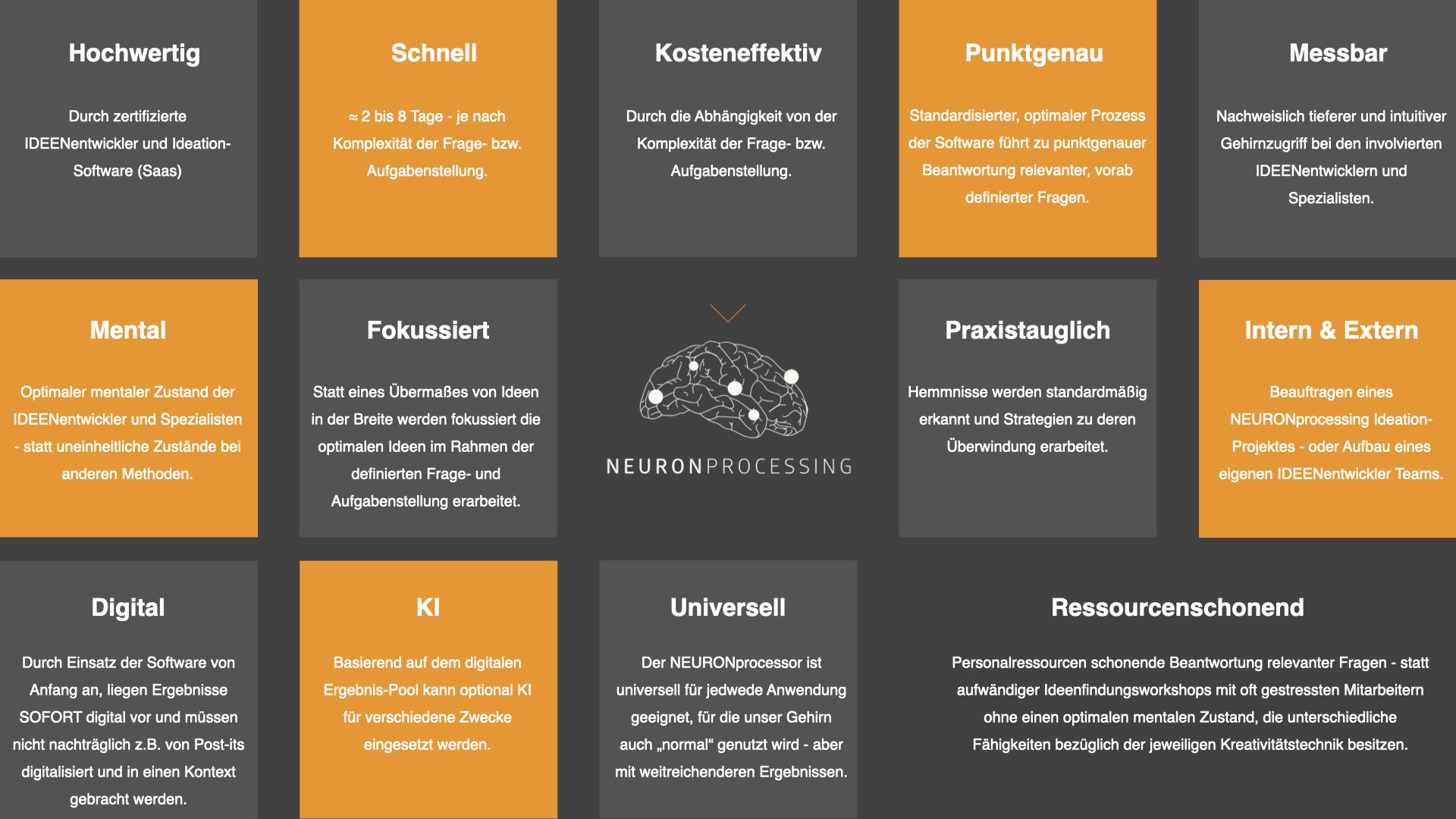 What happens in the "black box" NEURONprocessor?

THE NEURONPROCESSOR MAKES IT POSSIBLE FOR OUR CERTIFIED IDEAS DEVELOPERS to gain information that lies outside their established or programmed patterns of thinking and perception in everyday life. Thus, the NEURONprocessor overcomes established linear thinking - and provides one with expanded access to memory content, while simultaneously potentiating intuition*, which corresponds to high universal perception.
Advantages & Benefits

* The high level intuition enables us to perceive the aspects that are not (can not) be perceived by you internally.

In everyday thinking and workshops we are limited in finding ideas by our established thought patterns and non-optimal states of consciousness (stress level). In addition, there are creativity techniques that show methodological weaknesses in the process - and thus in the result.

IN DETAIL - FOR ALL THOSE WHO WANT TO KNOW EXACTLY:

We make the invisible visible.

We consider what is not considered.

We provide the red thread in information complexity.

Upon request, NEURONprocessing will provide the above data and strategies for your organization:

Our experience shows: "just try it out

The best way is with our current offer:
You can test our platform once - and only pay if you like it.
Order Ideation-as-Service now "

Exemplary solutions of our ideation

Ideas for optimal development, innovation and change for airlines, airport operators and aircraft manufacturers during and beyond the crisis

Ideas for optimal development, innovation and change for digital learning in schools and educational institutions during and beyond the crisis.

Ideas for optimal development, change and innovation for startups, investors and agencies during and beyond the crisis.

Ideas for optimal development, innovation and change for the taxi industry during and beyond the crisis. 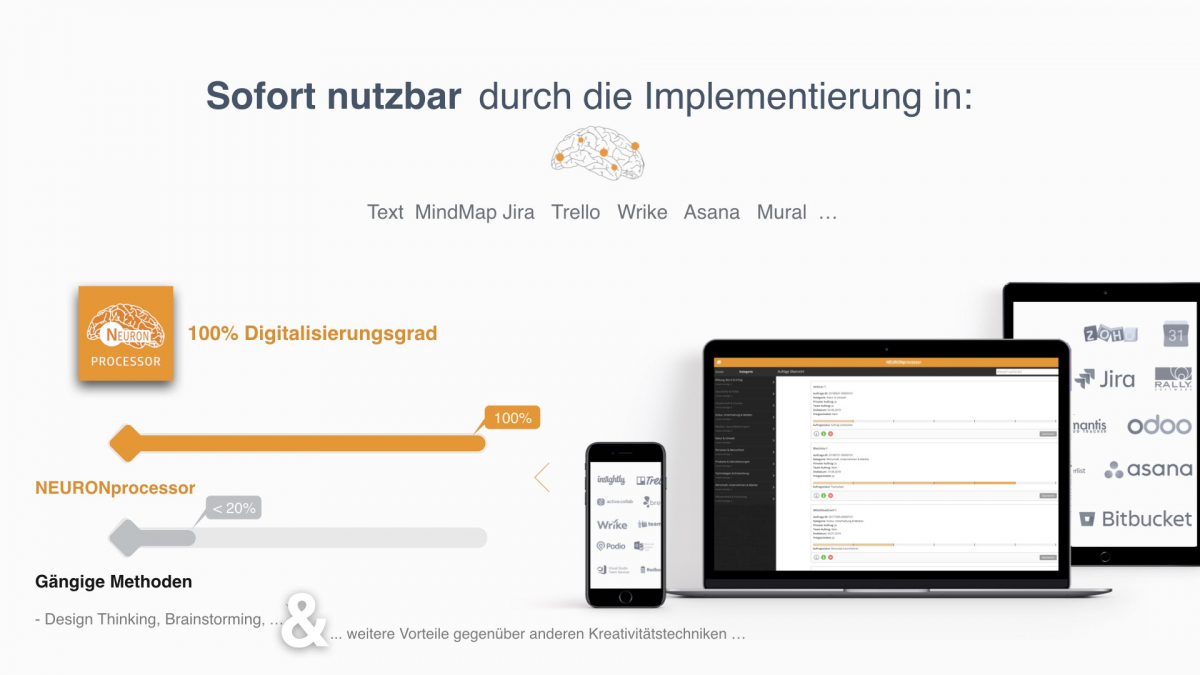 The data obtained through our ideation is therefore immediately usable, as it can be implemented directly into the project and collaboration tools you use.

This is due to the fact that we have a 100 percent structured digitization level in the NEURONprocessor software.

Common methods - such as design thinking or brainstorming - average less than 20 %. In addition, there are other clear advantages over other creativity techniques:

All the benefits* of your registration: