6. concrete milestones of the airlines on the way to optimal sustainable development

In this part of our project "Ideas for international airlines during and beyond the crisis". is about the question "What are the milestones of the airlines on the way to the optimal situation described above?".

What does a possible future look like for the airlines according to the "new normal" after the Corona crisis? We at NEURONprocessing have dealt intensively with this question in the development of a realistic Optimums We have also dealt with the following issues. Which significant milestones on the way to the optimum are the airlines, along our developed timeline with the associated development dynamics, we will show you in the following sections.

Now that the public focus is on the first regular flights after the crisis has subsided, the airlines can already begin to develop promising and high-profile business segments in the areas of Environment, Health care and public innovation begin.

For the first flights, after the easing of pandemic travel restrictions, the safety of the health of passengers is paramount and must be immediately tangible for them.

To ensure this, particularly experienced crews should accompany the passengers and be appropriately trained for any questions that may arise regarding the current hygiene guidelines. People will follow the travel experiences of the first passengers in 'regular' flight operations on television and social media and then make their own decision as to when and if they will travel by air again.

Possible delays and technical breakdowns in the initial phase should be prevented by relaxing the flight plan and allowing sufficient turnaround times. In this context, it may also be worthwhile to keep a certain number of replacement aircraft including crews on hand.

From disseminator to preventer

For the airlines, in this highly sensitive initial phase, it is particularly important to deal with possible effects on the emergence or negative development of pandemics, due to the resurgence of air traffic.

To this end, it is advisable for companies to develop preventive measures or technologies, as we have already done, among other things, under further immediate measures and the possible optimum. It can be worthwhile for the airlines in the long term if their measures go beyond those required by law and, in the best case, even help to shape the direction of legislation.

Corporate communication should be adapted in such a way that the industry moves away from the role of polluter and towards a position of supporter based on a sustainable prevention concept. (see also Carrier of the virus under point 1 Current situation.

With flexibility to the 'new normal

For airlines, flexibility is now required in all areas on the way to the 'new normal'. As the effects of the pandemic are expected to be felt significantly into 2021 (see "Possible period of the critical phase of the pandemic for airlines"), there is a need for rapid adaptability in terms of flight and staff scheduling.

To ensure this, it is advisable for airlines to keep a certain number of aircraft including crews in operation as a replacement fleet and not to park them for the long term, as is currently the case worldwide. Depending on the load situation, these can be activated and deployed immediately to absorb temporary peaks in capacity utilization.

Particularly in the initial phase, passengers will make many spontaneous bookings, which the airlines will be able to handle well and easily, at least on the IT system side. The response time of the aviation staff and the entire infrastructure must be organized just as well or quickly in order to do justice to the initially still quite dynamic passenger volume.

Decisive milestones on the way to the Optimum of the airlines are the new business segments described above. When implementing these new business fields, it makes sense for the innovative airlines to consider the sequence described below. Depending on the capacities available in each case, the airlines can also deal with these fields in parallel and use the resulting synergies for themselves.

The sooner aviation companies take advantage of this research and development opportunity, the faster and more likely they will be to achieve their goals in the other business areas.

In the next part of our project "Ideas for international airlines during and beyond the crisis". is about the question "Which are the currently still helping, missing ideas (in the sense of immediate measures) - and possible new business areas for aircraft manufacturers, which are lucrative beyond the crisis?". 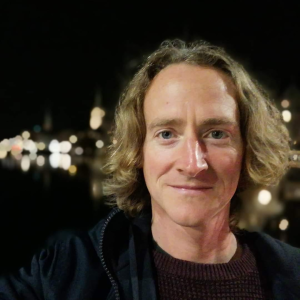 Life after 2021 - we question our future

We are launching a new kind of future strategy, for all those who want to break new ground - for a joint departure into the coming years from 2021 ...